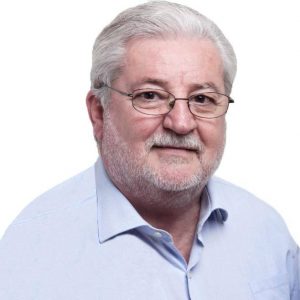 The uncompromising defensor of the Culture of Peace, the city councilman Gilberto Natalini sympathizes with the representants of the Armenian Community in occasion of the coward attacks of Azerbaijan against the Armenian population of Nagorno-Karabakh, on an official statement, released by ANC – BRAZIL this Thursday (April’s 7).

In the statement, the city councilman recognized the Nagorno-Karabakh Republic and reminded that Brazil and city of São Paulo count more than 100.000 descendents of Armenians there are apprehensive with imminence of war.

He also reinforces his intention of approximating São Paulo city and Stepanakert, capital of Karabakh to honor the Armenian presence in Brazil and fortify cultural ties (read the original on the image on side).

The councilman Natalini was the great responsible for the Solemn Session in the City Council of São Paulo in honor of the Centenary of the Armenian Genocide in 1915 last year and that will be repeated by his initiative again this year (click here and remind).

Brazilian’s politicians on defense of Azerbaijan in Karabakh:

The support of city councilman Natalini to the Armenians came one day after the also councilman Cesar Maia (RJ), declare officially his support to Azerbaijan attack against armenians in Artsakh (Nagorno-Karabakh). On the same day, the congressman Rodrigo Maia – also of Rio de Janeiro and son of Cesar – utilized his page on Facebook to share his father’s position, which, in turn was published originally on the page of Embassy of Azerbaijan in Brazil (look on the image below).

Counterattack of the Armenian Community of Brazil:

In counterpart, members of Armenian Community of Brazil were mobilized on the internet against the absurd position of those two politicians and made a campaign of repudiation with comments on the Facebook post of congressman Eduardo Maia. Nevertheless, on this Friday (April’s 8), the Facebook post wasn’t available anymore and probably was deleted of the page of congressman Rodrigo Maia.

We highlight that in 2014 the congressman’s Claudio Cajado and Nelson Pelegrino also tried to introduce a requirement on Committee of Foreign Relations of the Chamber of Deputies a law in favor of Azerbaijan, asking to Armenia remove their tropes of Artsakh (Nagorno-Karabakh), which did not happen, because Armenians in Karabakh has her own army (remind here).

It is time for the petrodollars dirty of blood finance football teams, politicians and artists around the globe. Who is conniving with those countries, without seeking to better understand the history, it is also complicit in the crime committed by such states.

Read the note of the city councilman Gilberto Natalini:

“Representants of Armenian Community in Brazil:

I have dedicated a good part of my mandate as a city councilman of São Paulo to the culture of peace. In this way, I have defended the recognition of Armenian Genocide and I entered with a law project that has the objective of declare the city of Stepanakert as sister city of the city of São Paulo, enabling the cultural exchange between them.

I sympathize with the Armenian people of Nagorno Karabakh and with the 100.000 armenian residents in Brazil. I support an pacific solution for this region who still suffers with the war.

The city of Stepanakert is the capital of the Republic of Nagorno-Karabakh, with a population of more than 53.000 people.

The fact is that the population is formed almost in this totality by descendents of Armenians, approximating the city of São Paulo of Stepanakert, since that São Paulo recognizes the importance of Armenian community with several honors, with personalities, street names, viaducts, metro station and others.

The sisterhood between the cities will provide closer ties and will stimulate the cultural exchange.

I Highlight that the city of São Paulo, being a cosmopolitan city, achieves with this project his intention of social and cultural inclusion of those who make of this city the locomotive of Brazil.”