Zabel Yessayan (1878 – 1943) was born in Scutari (modern Üsküdar) a suburb of Constantinople on the eastern bank of the Bosphorus.

At seventeen she moved to Paris to study at the Sorbonne, and soon started publishing short-stories, essays and translations in the Western-Armenian press.

Returning to the Ottoman Empire in 1902, she went on to write extensively about the Adana massacres.

In 1915 she was the only woman on the list of Armenian intellectuals to be deported, but managed to escape arrest by fleeing to Bulgaria and later to the Caucasus where she documented eyewitness accounts of the Armenian genocide.

In 1933 she moved to Soviet Armenia where she taught literature at Yerevan State University until her arrest in 1937 during Stalin’s purges. She died in unknown circumstances probably in Siberia sometime in 1943.

Ode to the Night

This poem, written at the age of seventeen, is Zabel Yessayan’s first published work. It appeared in the first volume of Arshag Chobanian’s literary journal Dzaghig (Constantinople) in 1895.

The day enters your somber breast in its tomb, dragging along with it all the feelings and concerns sprouting within.

Loving hearts anxiously wait for you to smother their reveries in your darkness. Come, close their weary eyes with your invisible fingers. Take them to the depths of slumber for a few hours.

Resting on your black arms, take them far from the daily routine that has exhausted them. In your coolness, lull them to sleep with your sweet music. Let their worries melt away for a few hours in your solemn realm.

Your arrival brings with it precious memories. You are a friend to the lonely. It is you who sees the most private tears.

The sleepless, miserable individuals who pass by open windows take in your cool darkness.

Their thoughts and feelings wander around in your breast. And you take them all, burying them in your consoling obscurity.

A poem in prose by Zabel Yessayan (Hovhannessian), originally published in Anahid in 1898.

Gloomy premonitions dazed me with their somber dance and my soul, suspended in morbid inspiration, was thrust into the center of an illusionary world.

There, everything was black. Souls in mourning slid through space like a swarm of bats. Around me I heard dirges; the smell of burning hearts intensified in the darkness.

There, heartbeats reverberated and produced a frightening melody that resembled an owl’s cry. I too became a piece of this darkness, imprisoned in the infinite obscurity that engulfed the entire space.

And so we wandered, almost without sensing the darkness. In its depth, giant buildings lifted their aerial foundations and let us pass through without any difficulty. An atmospheric whisper directed our journey, which became a dance, a crazed, monotonous dance made up of linked shadows. Tugging at one another, we circled around something with desperate, senseless, unconscious excitement.

A cold light left a ray in the space and before our eyes appeared the red windmill in motion.

It was a giant windmill, the very top of which disappeared into the shadows. It turned constantly and with each turn, the creaking of its invisible wheel, ending in a prolonged moan, was heard in the echo. Red blood gushed from all sides, as if from each one of the structure’s pores, and gave the impression that the windmill was formed from clotted blood.

In the distance, sinister mouths opened and responded to the sobs rising from the depths of the windmill with peculiar bursts of laughter.

Our dance was much more frantic now and, little by little, the frozen ray illuminated the structure with more intensity.

It was then that I saw them throwing hearts inside.

They threw and threw. They threw those blackened and pierced pieces of flesh, many of which were charred and reduced to practically nothing, at a baffling rate. The more they threw, the greater the number of black, mourning souls became. The whisper echoed and completely overpowered the uttered cries, laughter and songs.

How did I allow them to absorb my entire being? How did their injection dissolve me atom by atom? I continued to watch the hearts that they were throwing inside the windmill, hearts sometimes still fresh and red.

Suddenly I felt a sharp pang, like the fading of my irresolute existence, and, among the hearts inside, I noticed that they were throwing mine

I looked around me, dismayed and emotionally stirred, when I saw His eyes directing the windmill from above with His gaze.

This is a translation of a short story by Zabel Yessayan, which was originally published in the first issue of Archag Tchobanian’s journal Dzaghig in 1895.

Rising from trunks covered in thick vegetation, giant tree branches swayed in the darkness, creating moving shadows. The spicy, pungent smell of summer flowers spread intoxicatingly through the peaceful air. In the dark silence, the mechanical buzzing of an insect could be heard and sometimes even forgotten in its monotony. And from afar, the sound of a dog traveled towards me, crying with a pathetic, sickly bark.

Time passed very slowly, so much so that you could almost see the clouds, the outlines of which seemed to disappear into the jet-black sky, rolling in and out. Suddenly, once the barking ended with a desperate cry, the melody of a song resonated and gradually drew closer. The sound was exceptional. The melody flowed effortlessly, trembling with sweet undulations. Abruptly, it would rise, delightfully yet powerfully, and would fall once again and fade, as if the sound were emanating from a compressed chest.

Under the intoxicating influence of the song and of the night, there appeared to be invisible fairies singing in the air, the dreamy sweetness of the sound confirming my delusion.

A little while later, the sound stopped. In a nearby meadow, a slow humming could be heard instead.

Everything else was silent, motionless. We stretched out on the grass, our minds wandering among different thoughts.

I now realized that under these trees, a human chest was swelling with emotion.

Surrounded by folds of darkness and countless shadows, it was impossible to see a step ahead, but I could hear light footsteps approaching us.

We were not afraid. Maybe one of the tenants had stayed in the garden. But just then, I felt the sensation of breath on my face and a familiar voice said to me:

I understood immediately. It was the blind girl.

She was a young girl, lovely and blonde, who lived in one of the rooms in our house with her father. She was blind, but her closed eyes were no reason to deny the overall attractiveness of her face, which nevertheless possessed a painful charm. She sat next to me on the grass, wet from frozen dew.

“Were you the singer?” I said softly, as if afraid to disturb the heavy silence around me.

“Yes,” she said and, after a moment, added, “Oh, I went mad tonight. Tortured by my memories, I fled to the garden and, forgetting everything, sang. Now, I don’t know where I am. I felt my way to this point.”

I had always been interested to know more about this poor girl’s past. Not wanting to miss this opportunity, I asked:

“Which memories were troubling you?”

“Tomorrow,” she said solemnly, “is the anniversary of my brother’s death.”

“Akh, don’t ask me now,” she responded. “I will tell you tomorrow morning.”

It had gotten late and we both returned home. I spent the hours that remained until morning quite restlessly; it was not yet dawn when I rose. From a side window, I could see a wide field extending towards a row of mountains on the horizon. In the distance, the thick branches of a single pine tree extended towards it as well. The village was still asleep. The sound of ringing bells drew nearer. From very early in the morning, villagers on horseback were transporting containers of milk to nearby villages. A little while later, roosters began to crow, the sound mingling with the bleating of sheep and the bellowing of calves.

Downstairs, the woman of the house had already risen and was now at work behind a cow, leading it towards the field with a goad. I went downstairs. Within ten minutes the entire village had risen. On one side of the village, a man walked with farming tools slung over his shoulder; on another side, a girl carrying milk materialized.

Between two mountain peaks, thick, gray clouds gradually whitened and turned pink. On the horizon, all the small clouds that were scattered across the sky raced towards them. Five minutes later, we were walking arm in arm through the crisp grass.

As the flocks were being taken to pasture, we walked among the sheep, breathing in the clean air, in which the scent of wild flowers had the taste of mixed honey.

As our feet trampled over the dew-moistened grass, the scent of violets hidden within it drifted through the air.

The church bell rang unsteadily. In the distance, goats leapt playfully in the thicket.

We sat under a tree and, as my eyes turned to the blue of the sprawling Marmara before us, the blind girl told me her story.

I discovered this time that a few years earlier she had been living happily with her brother, until he became infected with small pox during an epidemic. They kept her far from her brother, her father tending to her on his own as her mother had already passed away.

One evening, disregarding the imposed separation, she slowly crept down to her brother’s bedroom, with much hesitation and fear, not for herself, but for the horrible surprise that would greet her upon seeing her brother lying down in the corner of his room.

She managed to slip into her brother’s room once her exhausted father had gone to bed.

That night, very early in the morning, the condition of her sick brother worsened and death’s agony began. But she could not tear herself away from him.

Her head against his, the sister and brother spoke to one other, their eyes brimming with tears.

Nearing the end of his life, her brother begged her to sing. The girl had a beautiful voice.

Choked by her tears, the poor girl sang the sweetest, most sorrowful song.

The song had not yet ended when her brother passed away.

The following day she also fell ill. For her, the small pox was crueler. It did not take her life, but permanently drained the light from her eyes.

When she finished the story, she gently put her head on my shoulder and began to sob. Sobs without tears are the saddest of all.

She later composed herself and started to sing her song once again, the same song that she had sung the night before.

The song seemed sadder to me now, more painful.

The melody of the song was so sweet, so poignant that it seemed more like spoken grief, like a sigh put to music. 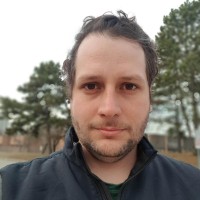